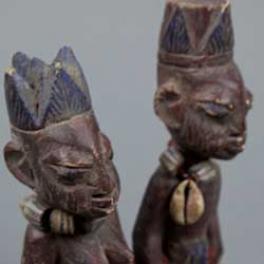 The study of Yoruba language, literature, and culture receives special attention at OSU through an endowment established in honor of Professor Oyekan Owomoyela, a noted Yoruba studies scholar and philanthropist.  Ohio State’s Center for African Studies administers the endowment, which through a future bequest will support academic and cultural activities focused on Yoruba culture in Western Nigeria and in other parts of West Africa, as well throughout the Yoruba Diaspora in such places as the Bahia region of Brazil.

Monies raised in 2012 by the Yoruba Club 21, a Columbus-based socio-cultural group for people of Yoruba descent, constitute a fund for current use.  Funds may enhance the  library collection; organize seminars, conferences and symposia on issues of Yoruba language and culture; fund travel to and from the region to conduct research; create a student and faculty exchange program; and develop a certificate and degree program with an emphasis on Yoruba studies.

This year we are pleased to announce the launching of a scholarship to pursue the study of Yoruba language, literature, and culture.  Up to $1000 in funds may be requested for research, study, performance, and other activities and events with a focus on Yoruba language, literatures, or culture, in Nigeria and/or in the Diaspora.  To learn more download the application materials Owomoyela Yoruba Studies Grant Competition 2018b.pdf